Describing a range of injuries to the neck caused by or related to a sudden distortion of the neck. Cervical acceleration-deceleration" (CAD) describes the mechanism of the injury, while the term "whiplash associated disorders" (WAD) describes the injury and symptoms.

There are four phases that occur during "whiplash":

In the initial position there is no force on the neck due to inertia keeping it stable. Anterior longitudinal ligament injuries in whiplash may lead to cervical instability. They explain that during the retraction phase that is when the actual "whiplash" occurs, since there is an unusual loading of soft tissues. The next phase is the extension, the whole neck and head switches to extension, and it is stopped or limited by the head restraint. The rebound phase transpires as result of the phases that are mentioned.

During the refraction phase the spine forms an S-Shaped curve, and this caused by the flexion in the upper planes and hyperextension at the lower planes and this exceed their physiological limits this phase the injuries occur to the lower cervical vertebrae. At the extension phase all cervical vertebrae and the head are fully extended, but do not surpass their physiological limits. Most of the injuries happen in C-5 and C-6.

Symptoms reported by sufferers include: pain and aching to the neck and back, referred pain to the shoulders, sensory disturbance (such as pins and needles) to the arms and legs, and headaches. Symptoms can appear directly after the injury, but often are not felt until days afterwards. Whiplash is usually confined to the spine. The most common areas of the spine affected by whiplash are the neck and middle of the spine. "Neck" pain is very common between the shoulder and the neck. 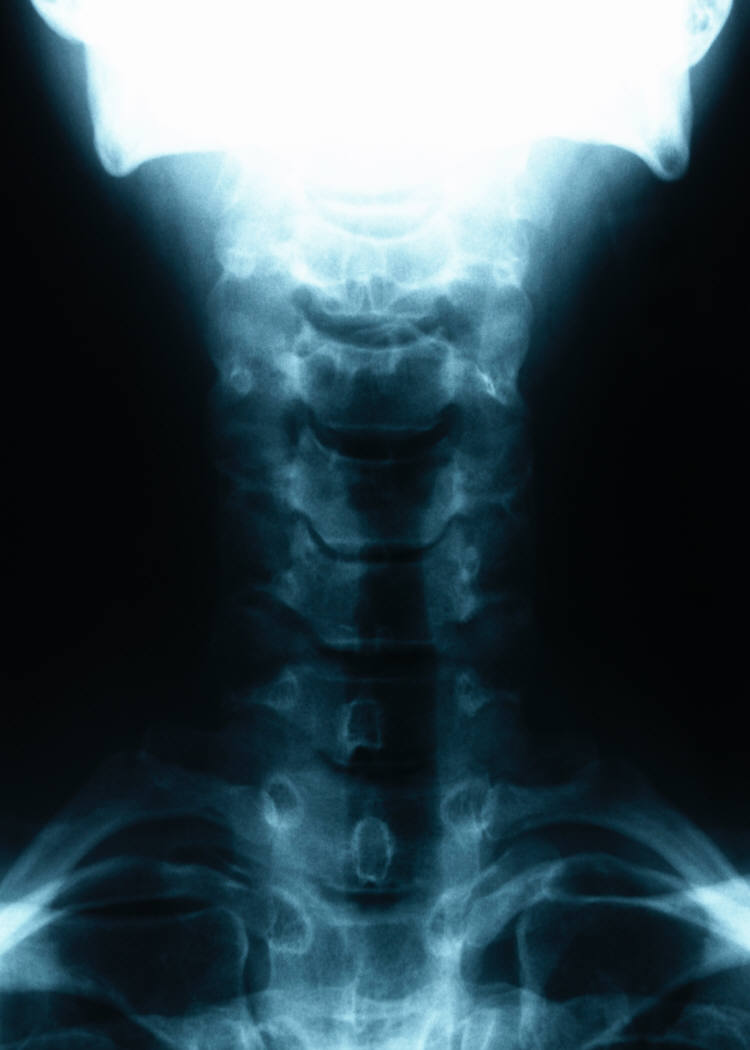